New Delhi, May 10, 2017: The global OTT leader in the South-Asian content, YuppTV, announced the launch of its new platform, Mini Theatre. YuppTV makes new movies available on the Mini Theatre platform on the first day or the following weekend of theatrical release, even in geographies where the movie is not available outside of India. The movies shall be made available on YuppTV platform only on Samsung, Apple, Roku, LG, Sony TV Devices/interfaces. 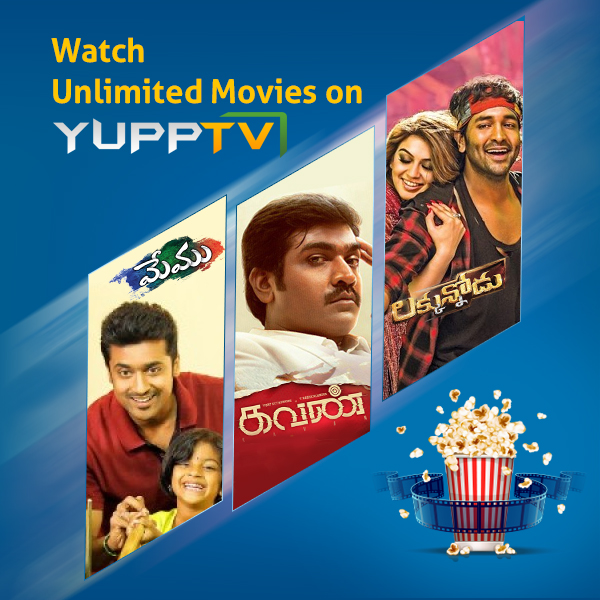 Commenting on the latest development, Uday Reddy, Founder and CEO of YuppTV said, “At YuppTV, we have a great opportunity of bringing best quality South-Asian content to our users across the Globe. Launching Mini Theatre is another step in the same direction. The release of various Indian movies is often limited only to very few selected geographies across the world and sometimes limited only to the Indian subcontinent. Hence, users end up missing out on these high-quality and entertaining movies missing a worldwide release. Following the launch of Mini Theatre, our users outside of India will have the opportunity to access new Indian movie releases, just like they used to, back at home in India. Furthermore, filmmakers may now showcase their movies to a global audience, notwithstanding exorbitant investment for an overseas release. Since the launch is slated to benefit every stakeholder in the ecosystem, we look forward to receiving a huge response from both, expat audiences and filmmakers.”

YuppTV is further exercising complete piracy control of the movies showcased in the Mini Theatre. Users need to accept the piracy agreement conditions before they start watching the movie. The movie shall be made available on a pay-per-view basis with a 6-hour viewing window. Furthermore, the movies are secured with DRM, Invisible user based/Forensic watermarking and encryption and users are authenticated by mobile and location verification. Under the Invisible or Forensic Watermarking, each user who will get the stream to watch the movie will have unique identification in the invisible mode. It is an imperceptible & non-removable unique identifier that is embedded in the video, enabling YuppTV to trace any content breach. The pirate, if in case found guilty of breaching the privacy guidelines, will be charged with a heavy penalty.

About YuppTV
YuppTV is one of the world’s largest internet-based TV and On-demand service provider for South Asian content, offering more than 250+ TV channels, 5000+ Movies and 100+ TV Shows in 14 languages. YuppTV, recently received funding from Emerald Media, a Pan-Asian platform established by leading global investment firm KKR for investing in the media and entertainment sector, wherein Emerald Media acquired a significant minority stake in the company for US$50mn. Emerald Media is led by industry veterans Rajesh Kamat and Paul Aiello, supported by an experienced team of investment and operating executives. The platform primarily focuses on providing growth capital to media, entertainment and digital media companies. YuppTV had earlier raised its Series A round of funding from Poarch Creek Indian Tribe of Alabama.

YuppTV has 25000 hours of entertainment content catalogued in its library, while nearly 2500 hours of new on-demand content is added to the YuppTV platform every day. YuppTV offers Live TV and Catch-Up TV technology. It also offers YuppFlix, a movie on demand streaming service for Expat Market and recently launched YuppTV Originals to bring forth unconventional story telling in collaboration with the top talent from the movie industry. Originals will be available in episodic format for the digital audience, exclusively on YuppTV’s platform. YuppTV is currently ranked #1 Internet Pay TV platform for Indians living abroad and the largest Internet TV platform from premium content availability in India. YuppTV is the most downloaded Indian SmartTV app and it also boasts of 13 million mobile downloads with 4.0 user rating.